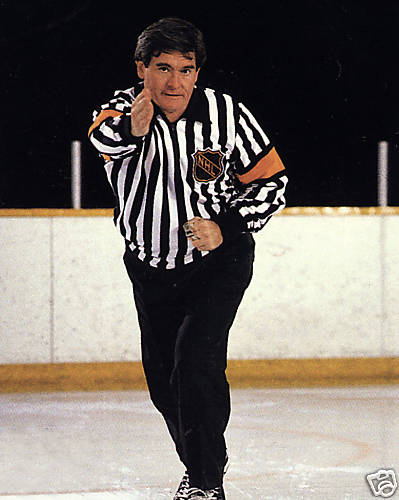 HOOD, Bruce, who refereed more than 1,100 NHL games over 21 seasons, died on January 5th, 2018, after a four-year battle with prostate cancer.

Bruce Hood was on the ice for some of the NHL’s most iconic moments during his more than two decades as an official, including Bobby Orr’s overtime goal in Game 4 of the 1970 Stanley Cup final that won the Boston Bruins their first title in 29 seasons.

Husband of Daphne and survived by his children; Randy, Kevin and Marilyn and their mother Joanne; and by Daphne’s children, Grant, Kevin and Jennifer.