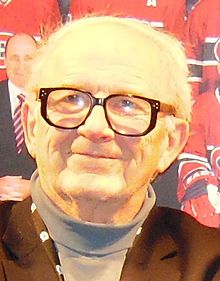 Red Fisher, the chronicler and the conscience of Montreal hockey whose career touched seven decades, died on Friday January 19th, at age 91.

The legendary writer covered the Montreal Canadiens for the Montreal Star and Gazette from 1955 until he retired in 2012, covering 17 of the team’s 24 Stanley Cups and earning the admiration and respect of an entire industry.

Fisher is survived by children Ian and Cheryl, and grandson Ryan.